So I like attunements. I missed them a little when WoW made away with them entirely, mostly because it’s always an all-or-nothing approach with some developers. I like attunements for their symbolic value: they’re a rite of passage and as such an opportunity to add meaning to the event of unlocking a raid dungeon for your character. Perfect time to have a special quest chain with the obligatory lore tidbits before you send your players off to the abyss or city above the clouds, or wherever it is they are going. Think the personal storyline in GW2 for instance, doable enough for any player on his way to level-cap, plus one Arah run on normal mode. Fair enough.

What attunements absolutely shouldn’t be is a way to divide your playerbase and essentially make it excruciatingly frustrating to nigh impossible for the more casual crowd, which constitutes the majority of your paying customers, to ever experience endgame or raid content. It makes no sense to create content for your top 1% or even top 5% and that’s a lesson Blizzard learned down the line, to a point where even flex raids have become a reality.

After seeing Carbine’s excessive 12-step attunement to 40man raid entry in Wildstar (thanks Jeromai!) which makes a 100 jailbreaks look decent, I am trying very hard to stay cool and understand what they were thinking and cui bono? Not the l33t kids and top guilds either, surely – anyone who has ever run a raid guild in WoW (or elsewhere) and been in charge of recruitment, shudders at the prospect of finding suitable recruits or getting new people attuned over and over just to access raiding in Wildstar. And we’re talking 40man. Good luck with that roster, the competition is on!

While reserving ultimate judgement is probably the way to go while the game is new and we’re all newbies still, it’s hard to stay positive when reading through the same old vitriolic forum discussions of “casual versus hardcore” that 12-step attunement infographic has sparked in Wildstar’s early community. An infographic which by the by, is brought to us not by Carbine but your self-proclaimed staple elitist guild, sporting core values such as “If you want to bring your shitty girlfriend along, I will personally show you where to shove it” on their about-page.

That’s my main issue right there, the fact that Carbine consciously or not, are catering to this type of demographic rather than their core playerbase. I’m not sure they realize it yet, just as they clearly didn’t foresee what one PvP realm per region would do to launch day. Yeah, sometimes developers don’t have the ultimate foresight. That’s also why I’ll give them the benefit of the doubt and 6 months at most before they nerf Wildstar’s raid entry requirements considerably. They seem at odds with everything else I’ve seen of the game so far and Carbine have proven they’re in touch with community feedback before.

It would be a great shame to see this game go down a similar road as GW2; no endgame or inaccessible endgame is all the same to me. That said, early days friends, early days.

A while ago we had a rather interesting debate among the officers in our guild, regarding our current application form for 25man raid applicants. As you can see we’re pretty standard in that respect – our form covers all obligatory bases such as age, location, spec and raid times, and also a few more things that we believe should provide us with some useful information on potential tralists. As simple and similar as these forms usually look, we’ve actually talked about ours time and again the past years and alterations were made over time, or rather a lot of cuts. (Personally I still think we’re missing the really essential questions, but that’s another matter!)

What stuck out in the last dicussion however, was the suggestion to consider abandoning our guild application form altogether. No more written forms to fill out, rather grab potential members on ventrilo for a personal chat and invite them to a trial 5man heroic or other run to see how they do there and then. Quite a drastic change of procedure and one I have thought about ever since.

Sense and non-sense of application forms

I can see why a more personal approach to the whole application process is beneficial for more serious raidguilds. Written forms only tell you so much and more often than not, an applicant will leave blank spaces or important questions unanswered or ambiguous, so that the time investment to get back to him and all the subsequent emailing take up lots of extra time. This makes the efficiency of the whole procedure debatable.

I’ve also raised an eyebrow before at forms on other guild pages: I’m all for a bit of jolly good fun, but a questionnaire with half the questions revolving around what my favourite color is or whether I prefer Robocop or Batman, makes me wonder whose time is being wasted more here – mine or the guild’s.
It’s obviously very depending on your guild style and purpose but if you ask people to go through a written procedure, you shouldn’t stretch things for no good reason in my opinion.

A questionnaire should be as long needed and no longer than necessary; open questions provide more in-depth information than multiple choice or yes/no and personal questions should serve some guild-related purpose. I guess here too, specific questions on sex or age for example are debatable: what exactly do you expect to get from this answer? Does it influence a decision in any way at all?

A good application form certainly takes some time to work out and ponder over – and yet it will never achieve to satisfy all a guild wants to know. Nothing beats personal contact and experience. And yet in this case, I am for keeping written forms for the following reasons: 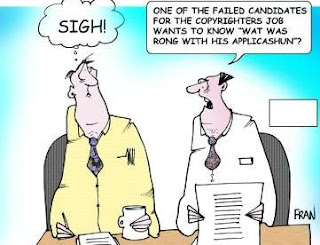 Nothing’s to say that you cannot have a more personal chat with a potential trialist besides this – if your team is willing and able to regularly dedicate extra time to the process, that’s great. Realistically speaking, I still think you want to hold on to some way of written information and pre-selection.

All things considered, I’m all for thinking out of the box when it comes to the future of guild applications. In a more hypothetical past article, I’ve mused on raidguilds using entry fees in order to pre-select potential members. Certainly the whole process between opening a guild recruitment topic and making first contact with new members, can be refined and simplifyed a great deal more.

So far, I’ve not actually heard of any guild who’s managed a groundbreaking progress in this department though, at least not without a substantial increase of officer time involved. Maybe the good old application letter has survived this long for a reason?