It’s been a while; life has partly been an exhausting job-hunt but also there’s a strange mood I’m going through after a decade of MMO playing, hyping, dissecting and criticizing. This is not another post about how someone’s jaded with his hobby or how gamification zomg-ruined the MMORPG genre – but then, the scene has changed a great deal and I’ve never felt it more than right now. 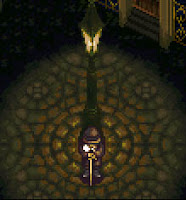 Last week, in a rather head-over-heels act of fatalism, my videogame “home forum” of over ten years has closed down the doors of its Online/MMO Games sub-section and merged a great many of the other sub-genre forums into one big fat gaming board. And it’s not the fact that I used to be admin there but rather the underlying meaning of another chapter come to an end, that stings me. Many years ago we’ve already passed a similar cross-road: at the time we ran a very lively and geeky RPG forum – that was the era of the big JRPGs and console pearls. That was the time of Squaresoft, Konami and Capcom.

Then, 64-bit consoles happened and Microsoft joined the scene with the XBOX. From there, the classic RPG niche went rapidly downhill. Less and less titles of quality were produced; mainstream games were on the move and even staple companies started focusing their design efforts elsewhere. Technological progress soon became a selling point over long-winded storytelling, setting and immersion. And so, the RPG forum had to go. Not much sense in keeping a sub-forum where five people keep discussing the same three games. The RPG forum got replaced by an Online/MMO forum.

Only few years later, we’re in a similar position. “Almost all games are online now” and “there’s no need for a sub-forum about the same three MMOs” were the main arguments. Can’t really argue with that; the only active MMO topics for this year were GW2 and WoW, with a bit of Tera and TSW in the mix. If we keep it strictly MMO and exclude games like Diablo III or League of Legends, 2012 is a year of two major games and one of them is an expansion. Meanwhile, the market is flooded with “solo online RPGs”, coop games or half-baked MMOs that some marketing goon in a overpriced suit came up with over night, because “that TV show would make a good MMO, let’s make one!”.

I don’t even know what to think about the future. What will we be excited about in 2013 and beyond? Smaller niche titles à la Pathfinder? Or will we move on to the online coop mode altogether? Is Blizzard’s Titan going to be the last big attempt at this genre – and will we actually be happy to play in a non-fantasy world plastered with product placement?

Well, I don’t know about you, but this weekend at least I’m going back to the Guild Wars 2 beta and I’m quite looking forward to a smoother playtime experience. ArenaNet have addressed a great deal of issues, I was especially happy to hear about the fixes for the overflow mechanics. More on that next week.

Other than that, I’ve had some fun playing Team Fortress 2 with my comrades – who’d have thought that mowing down enemy lines with a Heavy could be that much fun?! Also, my indie-spree continues and I can only recommend Steam’s delicious Humble Indie Bundle, ain’t no bigger bang for your buck! A word of caution about Amnesia though: nerves of steel are advised! I didn’t make it past the second hallway, but then I am a sissy. Happy weekend everybody and enjoy your MMOs while you still can!