It’s Monday morning as I am writing these words, so be warned dear reader, because this is a grumpy Monday morning post. To honor code and good manners, I should ask first mayhaps how you have been, or more precisely how your weekend was and where your path has taken you – across the planes of Telara? Or maybe down into the Maelstrom of Azeroth? Up a mountain somewhere here on planet earth, down to the city, out to the sea?

And did you burn a lot of content along the way?

Once upon a time there was an MMORPG that gave players a basic, functional setting and stage: a beautiful world of rock and stone, with maps and towns, woods, mountains and seas and a few roads to travel them. And the woods would be populated by beasts and animals and the towns would be bustling with vendors and tradefolk and the odd, suspicious looking traveler or merry minstrel in front of a tavern. And from there the world was the player’s: to explore, to do with and shape as he cared for, to build alliances and establish trades, to command and conquer, to build or destroy, to settle treaties or rage war against one another, within a ruleset and handful of laws.

And so life on that world was never-ending; as endless as the playerbase cared to make it and create their own adventures. There was no content to “finish” and no final goal to “beat”, because the heart of the MMORPG was a second world, not a high score or ending credits like for other, traditional games. Content was created while and through playing, making the player not just a hero inside a story, but hero and God of a much greater story.

That was a long time ago.

If you can burn through it, it’s because it tastes of nothing

Reading through Wolfshead’s most recent article, I came a cross a line that outraged me like no other, elaborated in more detail in a short commentary over at Gamasutra. And it wasn’t so much the whole shallow explanation attempt behind Blizzard’s reasoning, but the wording itself, the greater mindset and concept behind lines such as these:

“And so I think with Cataclysm they were able to consume the content faster than with previous expansions, but that’s why we’re working on developing more content.”

“We need to be faster at delivering content to players,” he added. “And so that’s one of the reasons that we’re looking to decrease the amount of time in-between expansions.” 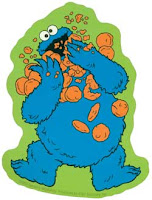 Our player, the consumer. Our player, that hungry animal who’s wolfing down our content so fast, we have to keep throwing it at him faster and faster.

Without realizing it, the developers have not only reduced their playerbase to an insatiable cookie monster, but degraded themselves and their product to nothing but a fast food-delivery service, more scripted than ever, less dynamic and alive than ever. And like with all food that is so processed that’s it’s completely “dead” and devoid of any nutrition, Blizzard need more and more of it to keep their spoiled yet malnourished customers content. They have created their own vicious circle and now they suffer from the pressure to deliver at increasing speed. An entirely self-created pressure, because they want to do everything and let us do very little.

The player is no God in their world. He does not interact with it, only consume, he does not co-create anything, not cook his own food. It’s like eating 5 burgers a day and no workout on the side either. What’s the point of fantasy worlds if they start resembling downsides of the real one? Will future developers be forced to create “Slim-Fast”-servers to re-introduce overfed players to a more balanced MMO “lifestyle” and re-adjust things back to a more active and healthy playing environment? Metaphorically speaking?

Burning through the pages

Tonight after my work’s done, I will rush off to the local bookstore in town to pick up the sequel of “The Name of the Wind”, Patrick Rothfuss’ formidable debut fantasy novel of his Kingkiller Chronicles. I have burned through the pages of the first book this weekend, over 600 pages in merely two days – it’s been this gripping and entertaining, and overall I was just happy to read some solid high fantasy again after a longer drought in this particular corner of the genre. The second book is apparently even longer and I have no doubt that I will devour it like the first one. Then it’s over and finished until the author releases the next part in a couple of years.

And that’s okay – because it’s his story and his world, he’s the master of all things there, of a story that’s already been told. I’m merely a spectator he’s inviting to enter, I can make it a walk or rush-through, but either way my time there is limited. And you wouldn’t go and ask for more from a book; one volume, one ride for which you pay one time.

It’s okay to consume a book.